Exercise as right to health

According to international organizations, between 62 and 64% of Panamanian adults are overweight and 27% are obese. The situation is worse in women than in men, and the situation in children and adolescents is not promising. With obesity, there's the increased risk of suffering from non-infectious / contagious diseases such as high blood pressure, diabetes, vascular disease and even certain types of cancer.

As with any health issue there is a campaign, alarm news and even a date to remember it on your calendars, and like all health issues there are numerous causes, such as genetics, lack of nutritional education and dietary patterns, but in this case entrance we will address access to physical activity.

To stay healthy, humans require at least 150 minutes of moderate aerobic activity per week and to lose weight and maintain an adequate weight we require at least 300 minutes. Physical inactivity impacts overall health and longevity.

The cheapest way for citizens to do physical activity is to walk. It's free. It requires no memberships, no special equipment other than a pair of sneakers, but the city of David in Chiriquí is not the most pedestrian-friendly urban center. Even, it seems from my foreign perspective, that the election authorities have never walked on public roads, because it is certainly an issue that affects many voters.

As an urban hiker, I have found townships with fabulous sidewalks like Montilla and San Carlos, and other terrifying ones like in downtown David. Sidewalks are not uniform, well maintained or easily accessible for pedestrians with disabilities, and are a wild card for which informal commerce and even the vehicles themselves compete.

The concept of urban hiking is an invention of mine, just as I have christened my adopted stray dogs "urban mixed breeds" to give it a graceful roll of the tongue. I walk since I was a student and due to lack of money there was no other choice but to go for a walk. I have had many experiences walking. I have walked to exhaustion, blanking my mind in extreme form of meditation. I have walked very angry, managing to organize my ideas and emotions. I have recently had to walk for health reasons because, despite so much walking, my work is predominantly sitting, which is why I lead a sedentary life.

I walk to the rhythm of my favorite playlist, I take photos and in this wonderful province I find places worthy of a postcard: roads illuminated by the light of dawn where a hawk rests in the absence of cars in San Carlos, beautiful hills of San Pablo Viejo Arriba where cattle are the only ones that enjoy these landscapes, the mighty rivers of Guacá that cross rocky massifs. There are numerous streets that connect with others allowing for ambitious circuits. My last lap was 40 kilometers and, although I am not a believer, I almost heard a whisper in my ear being alone in the middle of nature. It was something quite spiritual in the midst of my existential nihilism.

If the need of the authorities and agencies is to improve the general health of the population, it could well be invested in the sidewalks and promoting aerobic exercise campaigns on them. If more citizens did urban hiking, meeting their requirement for aerobic exercise, perhaps we could begin to solve the problem of overweight and obesity, as well as the diseases associated with it. 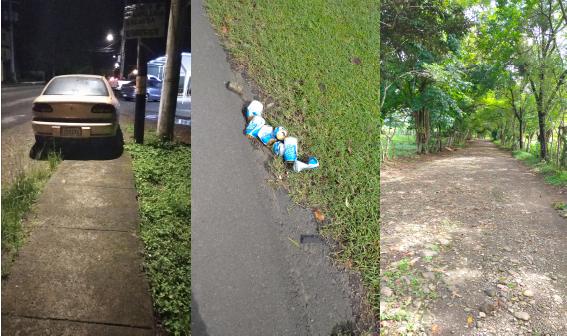 Competing with processed foods will be material for the nutritional education of each of the citizens and this will be what, by improving competitiveness, changes the very nature of junk food. Nothing can be done with genetics, but it is worth mentioning that much of the expression of genes can be modulated by healthy habits.

Exercise is a human necessity, as is eating micronutrients from fruits and vegetables, getting at least six hours of sleep every night, managing stress, and being exposed to sunlight. The numerous television series and space movies have us believing that everything can come from a pill, which is false. In itself, exercise is a protective factor against the following diseases: 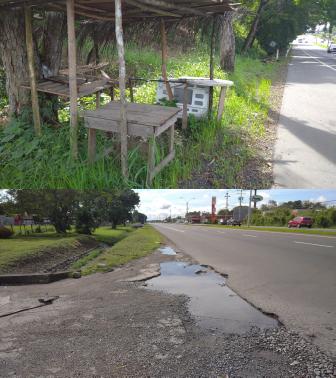 If you are a citizen, make use of public roads to get to know your surroundings well and with what realities you live without knowing it. It is possible that you will find evils that afflict your community and of which you do not know their origin. It is also possible that you burn a lot of calories and find beautiful landscapes that nobody knows about.